The Aniva Lighthouse is the most famous lighthouse in Sakhalin. This abandoned lighthouse is difficult to reach: it is situated on a small rock called Sivuchya near the rocky Cape Aniva. You can only get here by water. The tides are strong here, but the breathtaking scenery makes the journey worth while.

It is one of the most inaccessible lighthouses in Russia, and lies in an area very difficult to navigate: fsea mists are frequent here, and sea tides are known to wash ships ashore or push them towards underwater rocks. There were many shipwrecks in these waters, before the Karafuto Prefecture authorities (Sakhalin was Japanese at the time) decided to build a lighthouse here in the 1930s.

Miura Shinobu, an engineer and graduate of the Kanagawa Institute of Technology, was the creator of the lighthouse project. By that time, he had already built several lighthouses.

The Aniva Lighthouse became Sakhalin's most complex technical construction and one of the most interesting lighthouses of its time.

Construction started in June 1937 and finished in October 1939, taking just over two years. Building this navigational structure was difficult: all of the construction materials had to be delivered by water. Severe weather conditions didn't make the process any easier.

As a result, the concrete tower, painted to match the surrounding rocks, was erected 31 metres high, with its stroboscopic lamp located 40 metres above the ground. Round in shape and equipped with a bay window, the 9-floor tower stands on an oval base, which looks like it is coming out of the coastal rocks.

The Aniva Lighthouse was well designed for living, even if its keepers had to work in extreme weather conditions. The basement was equipped with diesel engines and batteries. The ground floor housed the kitchen and the food storage, while the radio room, equipment room and watch room of the lighthouse were situated on the second floor.. The living quarters, which could accommodate up to 12 people, were located on the third, fourth and fifth floors, each floor having a separate room. The interior of the quarters was modest: two bunk beds and small alcoves for personal belongings. Light came in through small porthole windows.

The sixth floor is where the storeroom used to be. The seventh floor housed the mechanisms of a pneumatic siren, with its horn installed directly on the roof of the bay window. The eighth floor was used for fuel storage.

At last, the top ninth floor housed the lens rotation mechanism of the lighthouse. The lantern rotated inside a bowl with 300 kg of mercury.

The stroboscopic lamp was set in motion by a mechanism similar to a clockwork. Running through the centre of a spiral staircase leading to the very top of the tower, was a pipe with a suspended weight of 270 kg inside. It took the weight three hours to reach the bottom, rotating the lamp in the process. After that, the lighthouse keeper had to rewind the system. The lighthouse had a range of 17.5 miles (28.16 km).

In the 1990s, it was decided to make the Aniva Lighthouse autonomous by re-equipping it to work from a nuclear power source. The radioisotope generators were removed in 2006. The lighthouse has been abandoned ever since.

The Aniva Lighthouse stands empty, like an old impregnable fortress. Seagulls have made their home in its empty rooms.

The elements are slowly destroying the lighthouse.

However, it still attracts tourists, and the local tourist companies organise trips to there.

Usually the tour starts early in the morning in Yuzhno-Sakhalinsk. Tourists are taken to the village of Novikovo, where they can take motor boats to the lighthouse. Travelers make their first stop at the lighthouse, after which they also visit Cape Mramorny and the White Stone cape. They return to Yuzhno-Sakhalinsk in the evening.

June to September is considered to be the best time to visit the Lighthouse. 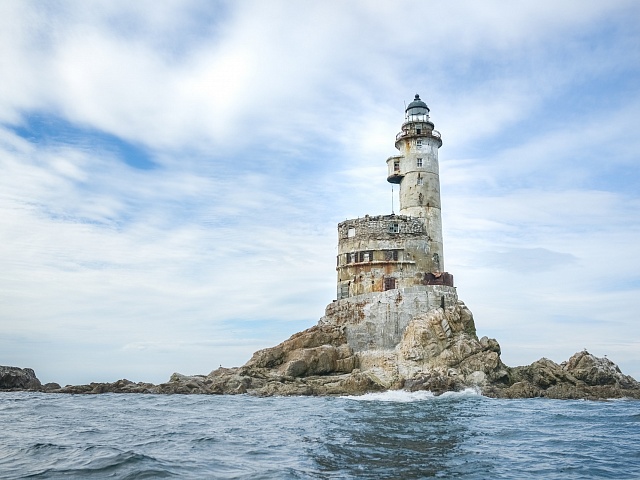 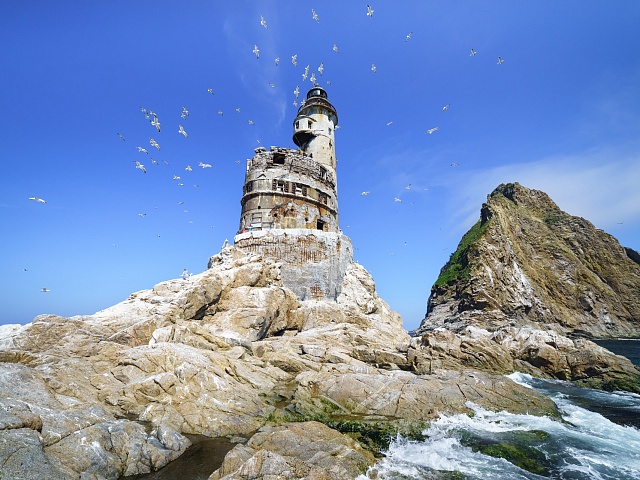 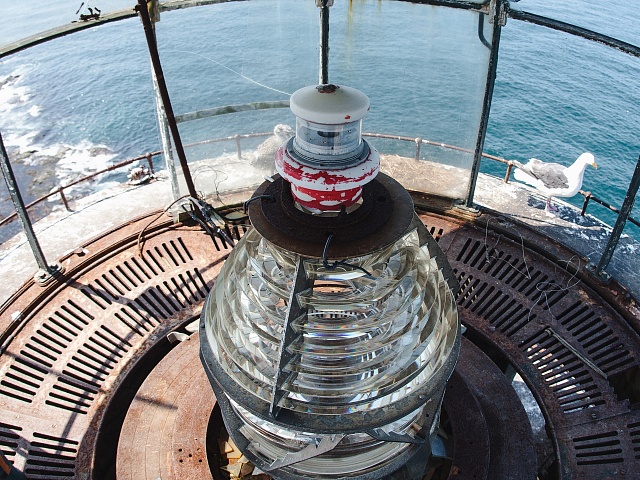 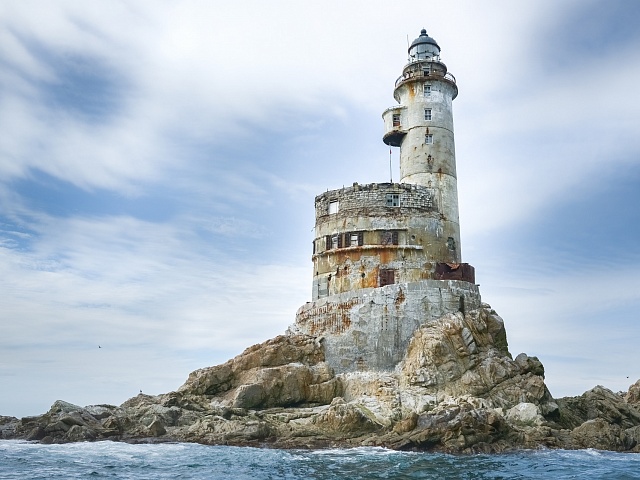 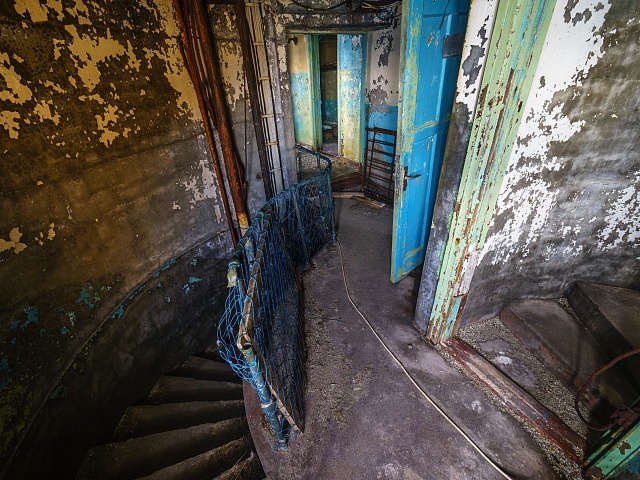 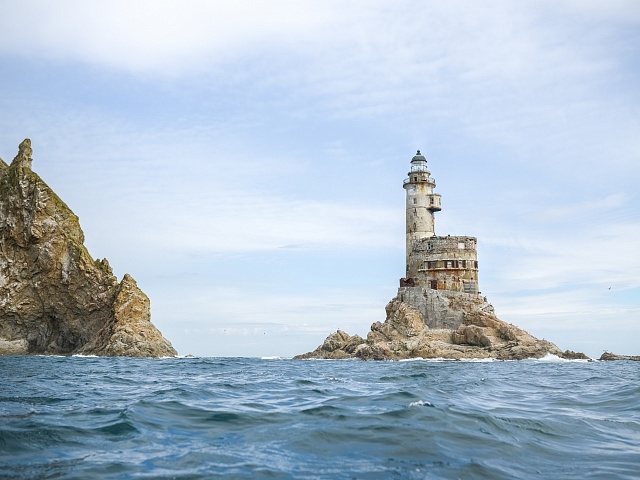 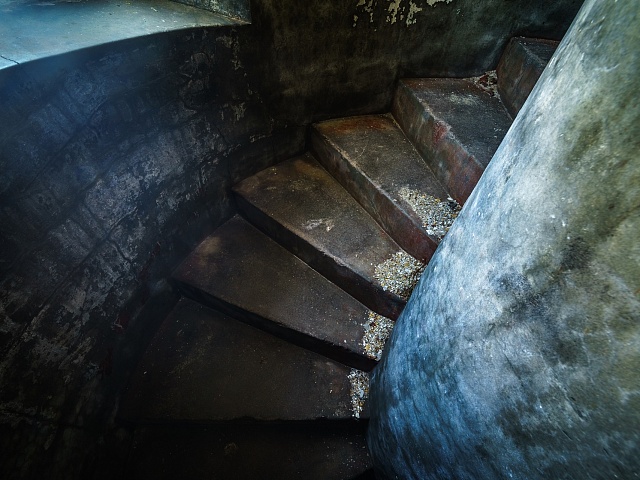 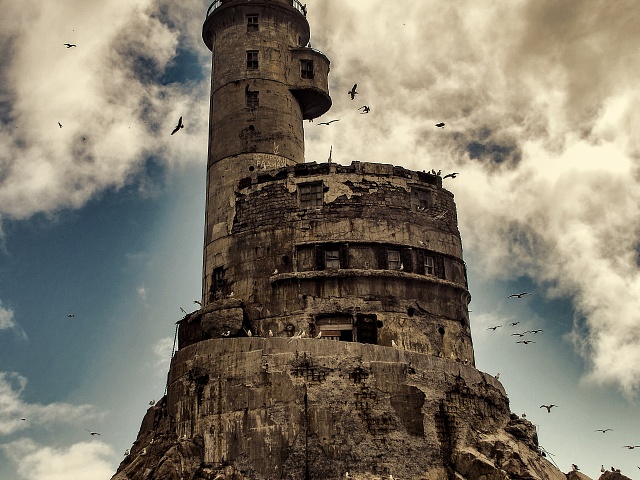 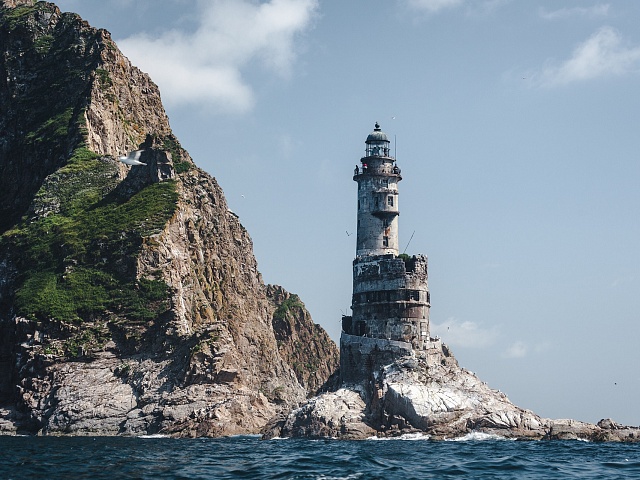 What else to see
Paramushir